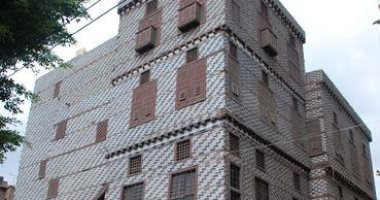 the Rachid Museum just off the main square is a dusty provincial museum in a very beautiful example of the town's Ottoman houses.

Plan your visit now with Magic Life Tours to The Rashid Museum, The Rashid Museum was built to preserve objects related to the history of Rosetta. While Rosetta is best-known as the place where the Rosetta Stone, the key to cracking the hieroglyphic code, was found, the town was also Egypt’s most important port during the 17th and 18th centuries.

The inauguration had came after the Supreme Council of Antiquities had completed the establishment of the museum which is the first of its kind in the historical town of Rashid and the restoration of the historic monuments located in the town which stretches across different ages especially the Islamic with 40 million pounds as a total cost.

Over 300 artifacts including manuscripts, weapons, marble vessels and gravestones are displayed.

The museum halls were prepared according to the proposed scenario as well as the establishment of Park. Meanwhile, a restoration project for Rashid monuments is being currently implemented for the purpose of preserving its historic character including the most of the historical mosques, houses, baths apart from the establishment of a centre for archaeological crafts to be opened by the end of the year.

Secretary General of the Supreme Council of Antiquities Dr. Zahi Hawass said that the museum is composed of two buildings; the first is the three –storey archaeological building of the museum that dates back to the Ottoman era. It was once a private house of Rashid governor and named Arab Kaily at that time. Then, it turned into a little museum in the 1960s in order to emphasize the town role in repelling the French invasion in 1798 before Freezer- led English campaign in 1805. Get the full experience and book a tour with Magic Life Tours.