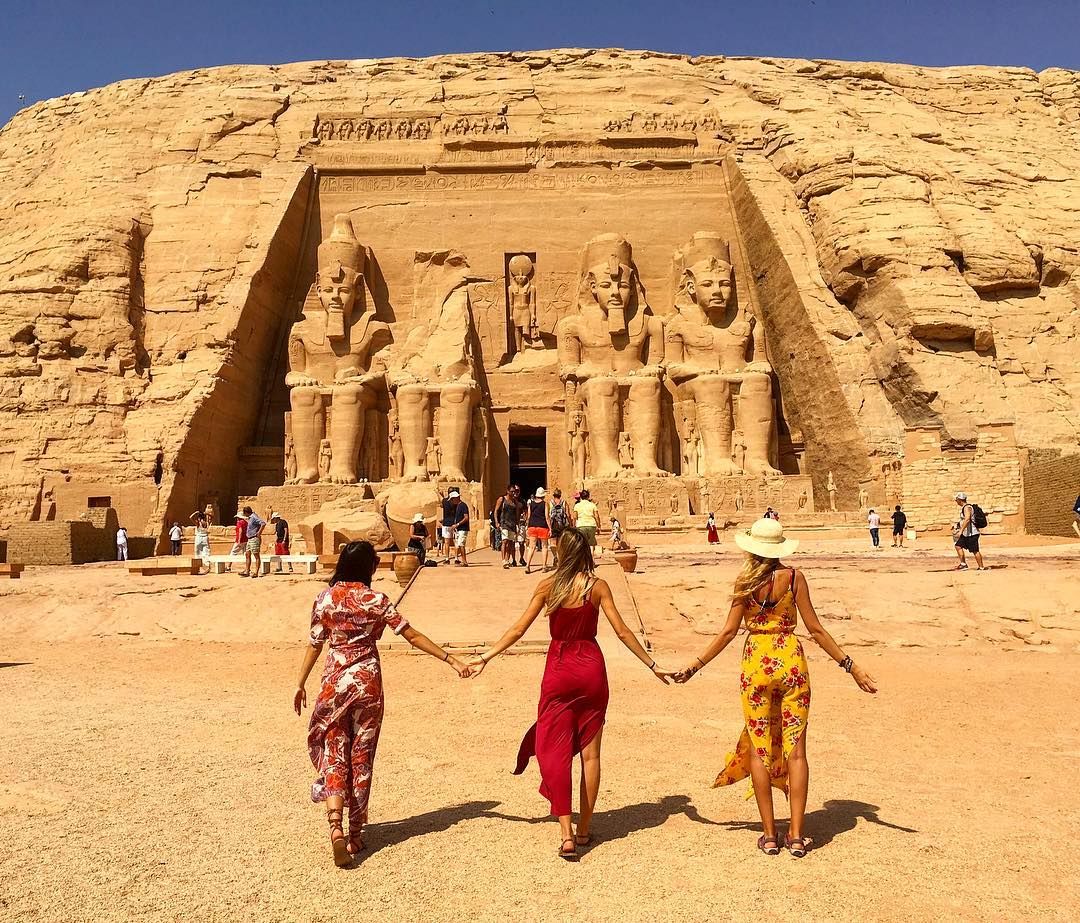 Abu Simbel Temples is a complex formed by two temples excavated in the rock during the reign of Pharaoh Ramesses II in the 13th century BC, as a monument dedicated to this pharaoh and his wife Nefertari. It is located on the western shore of Lake Nasser, about 300 km by road from the Aswan dam, close to its original location.

The twin temples were built to serve as a lasting monument to the king and his queen Nefertari, and commemorate his victory at the Battle of Kadesh.

The entrance to this incredible site is striking – it is crowned by a carving of Ramses worshipping the god Re-Horakhty with the head of a falcon (who is also known as Ra). The four seated statues at the entrance depict this legendary ruler wearing a headdress, kilt, double crown and a false beard. His young and handsome face is finely carved in the stone – he was only in his 20s when construction on the temple began. The depiction is incredible in it’s scale – his lips are more than a meter across.

The facade of the Abu Simbel temple is 33 meters high by 38 meters wide and is guarded by four seated statues. All the statues represent Ramesses II, sitting on a throne with the double crown of Upper and Lower Egypt Pschent crown Egypt. Each of them is about twenty meters high and is headed by a frieze of twenty-two baboons, sun worshippers, which flank the entrance. The statues and the temple were sculpted on a rocky hill. The statue to the left of the entrance broke during an earthquake and only its bottom was left intact.

Visit one of the greatest temples of ancient Egypt by booking one of the tours of Magic Life Tours agency.