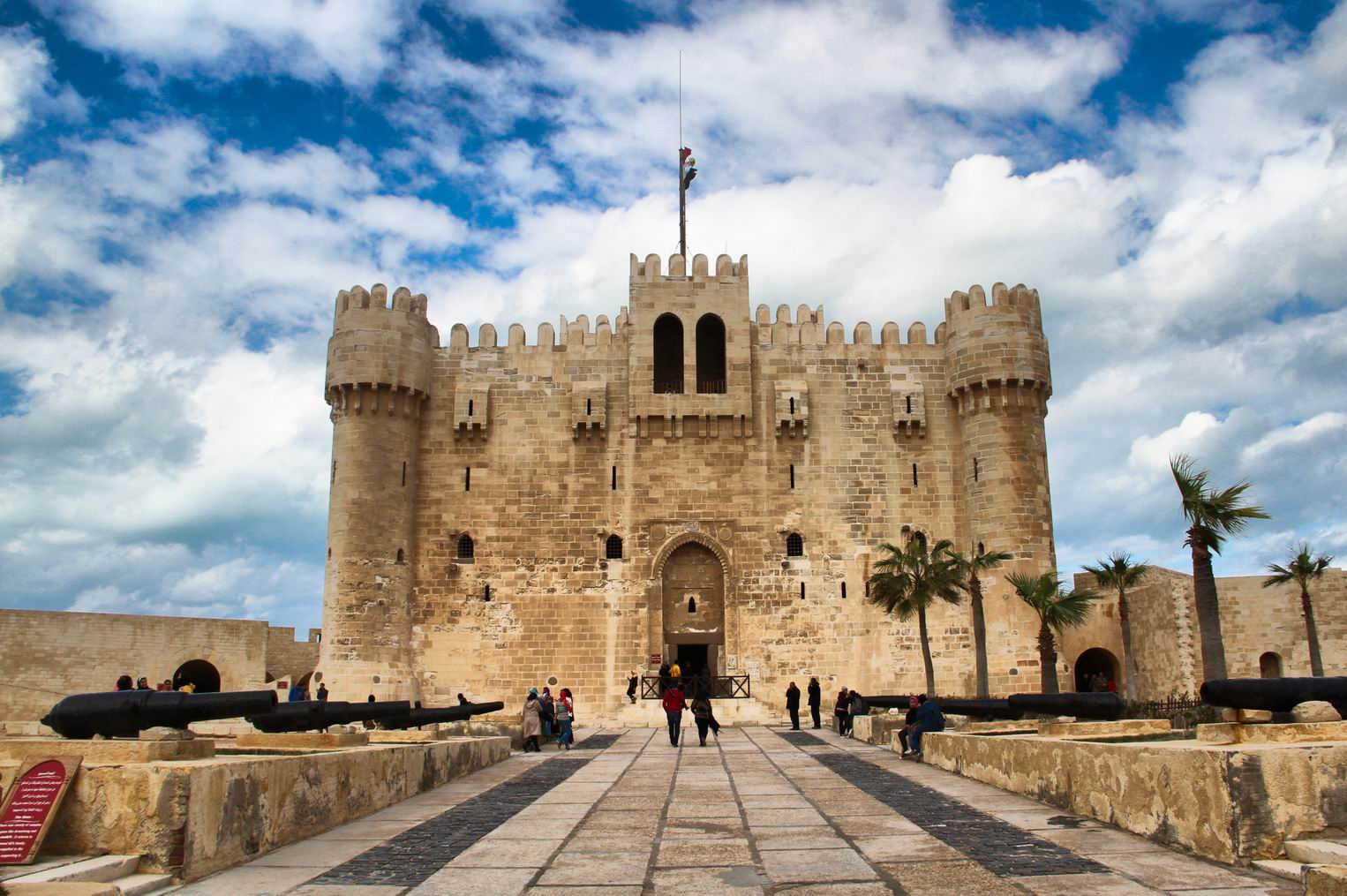 Spend a wonderful day tour with Magic Life Tours in The Citadel of Qaitbey, this citadel was considered one of the most important defensive strongholds for Egypt and the Mediterranean Sea Coast. it formulated an important part of the fortification system of Alexandria.

Sultan Qaitbey built this picturesque fortress during the 14th century to defend Alexandria from the advances of the Ottoman Empire. His efforts were in vain since the Ottomans took control of Egypt in 1512, but the fortress has remained, strategically located on a thin arm of land that extends out into Alexandria’s harbor from the cornice.

Qaitbay citadel is one of top attractions in Alexandria city for its historic value and important position,you can visit the citadel with our Magic Life Tours agency Alexandria day tours.

The fortress’ current form is not the original. It was heavily damaged during the British bombardment of Alexandria during a nationalist uprising against British hegemony in 1882 and rebuilt around the turn of the 20th century.

the castle is square shaped with 150 meter area surrounded by the  middle sea from each side, the first floor contains a mosque and defense hall that allow soldiers to pass easily and defense the walls during wars, the second floor contains chambers and halls while the third floor consist of a huge throne chamber where Qaitbay sultan used to watch the sailing ships towards Alexandria shores, also has an oven for making wheat bread for the soldiers living in the citadel.

It is replaced by the citadel the lighthouse height is almost 150 meters ,it was dedicated for Poseidon the god of the sea as known to the Greeks and it was decorated by marble statues , the lighthouse was considered one of the seven wonders of the ancient world ,mainly was designed to guide mariners and sailors ,but unfortunately  was destroyed by the earth wake , in 1477 Qaitbay sultan built his military castle on the ruins of the old lighthouse and some said that the citadel was built from the lighthouse left ruined stones.

The largest stones of the citadel, forming the lintel and doorway of its entrance, as well as the red granite columns in the mosque within the walls, are probably also salvaged from the huge tower that once stood here.

The castle is one of the most beautiful archaeological sites in Egypt, also Egypt has a great civilization and history to discover, so Magic Life Tours offers you the chance to enjoy one of our breathtaking day tour and multiday tour to discover the best tourist attraction in the land of pharaohs.