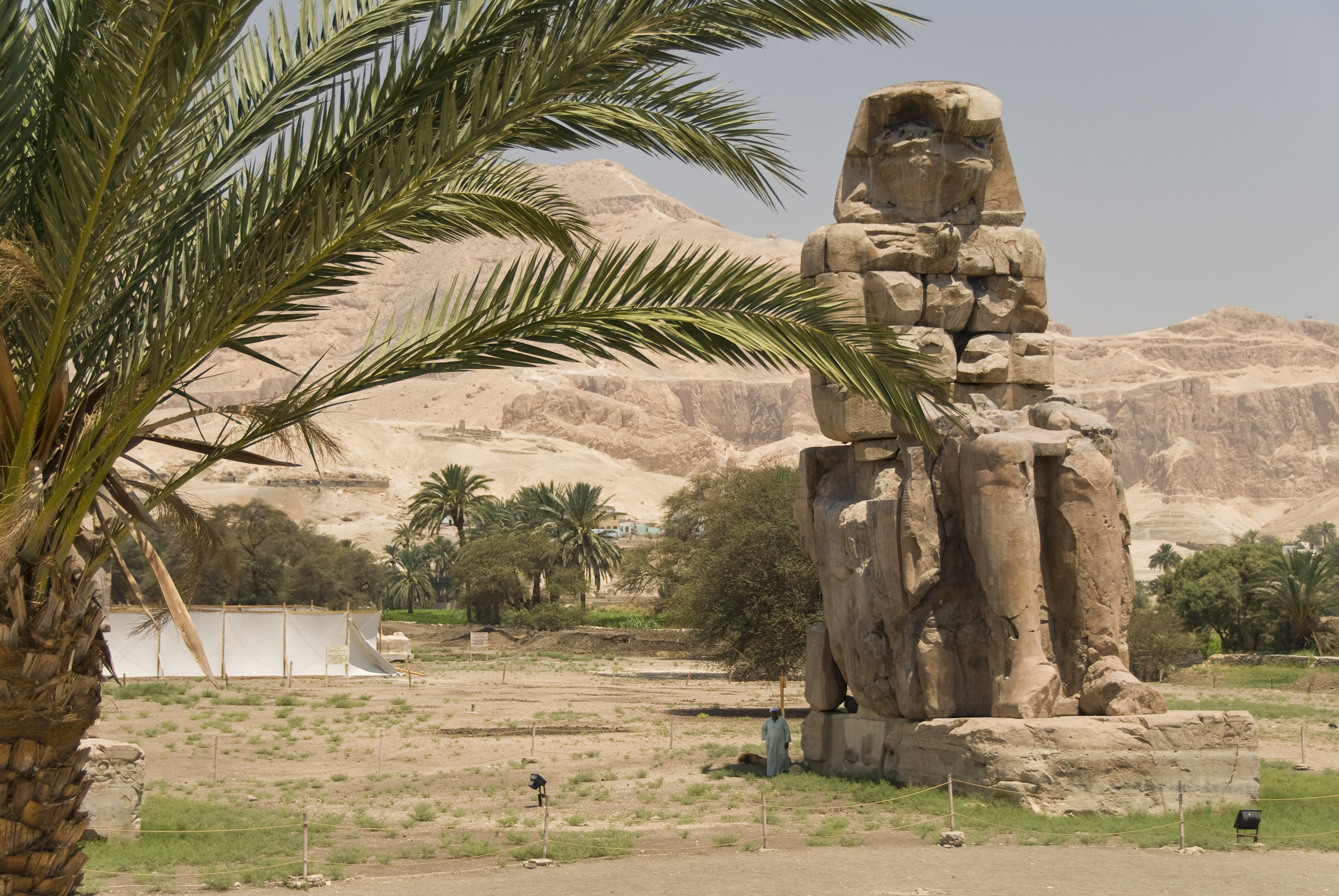 The two statues, each measuring 60 feet tall, stands in the entrance of Amenhotep III’s mortuary temple. They are famously named by the name of Colossi of Memnon due to a phenomenon produced by one of the statues after an earthquake. Originally built in the Theban Necropolis in the west of the Nile River in the modern city of Luxor, the Colossi of Memnon, two colossal statues made of quartzite sandstone, which archaeologists believe was quarried at El-Gabal el-Ahmar, located near modern Cairo and then transported 420 miles overland to the ancient city of Thebes, remain after thousands of years. Although the statues were dedicated to King Amenhotep III, they were known as the “Memnon Statues” or “Vocal Memnon”. The reason for this name is the mythical link between the statues and a number of Greek myths related to Agamemnon, Homer’s Iliad hero. located In the West Bank of Luxor Egypt, and was built in the 18th Dynasty from 1386 to 1349. During the kingdom of Pharaoh Amenhotep III. You should see these two statues with Magic life tours.