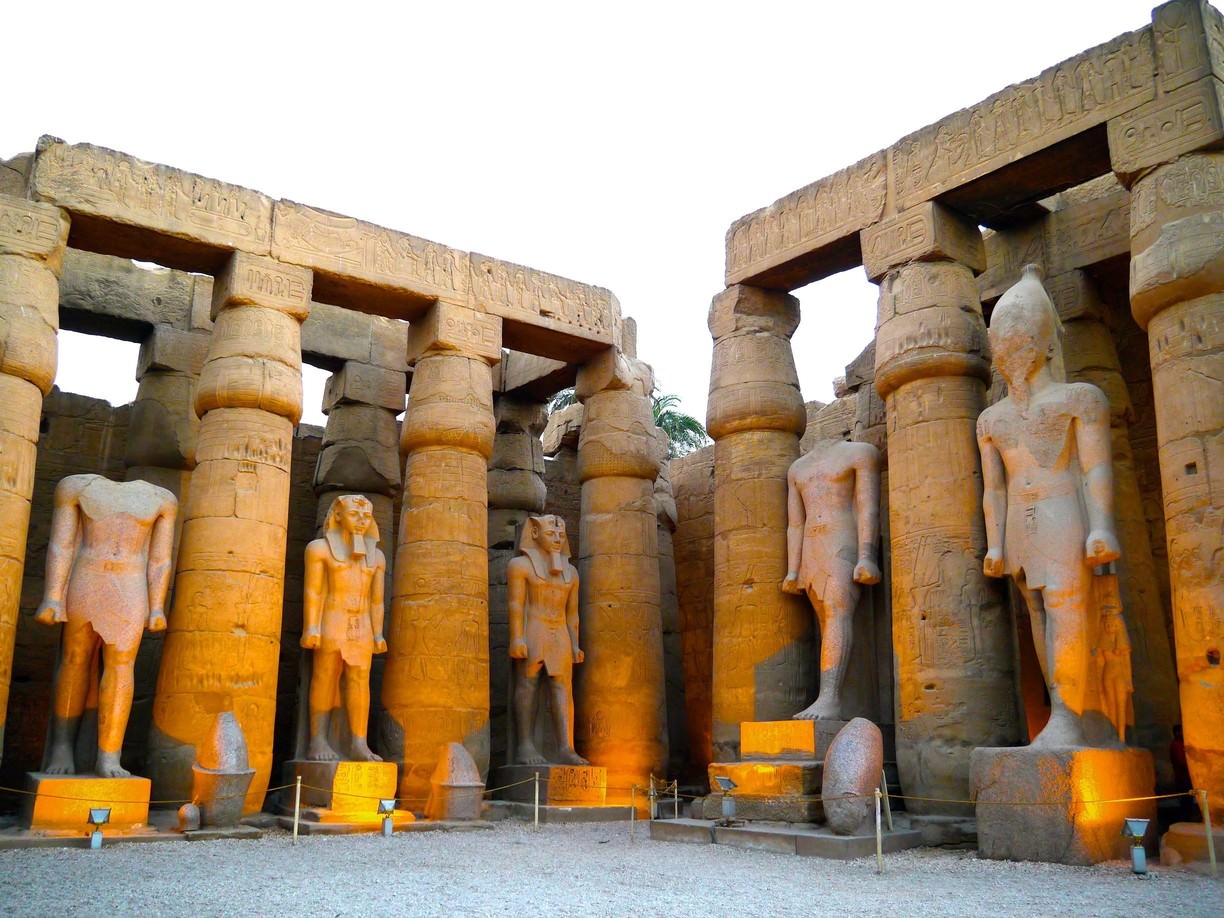 Make a day tour with Magic life tours to Luxor Temple “Southern Sanctuary” to the ancient Egyptians, was so called because of its location within ancient Thebes (modern Luxor). It is located around three kilometers to the south of Karnak Temple, to which it was once linked with a processional way bordered with sphinxes. The oldest evidence for this temple dates to the Eighteenth Dynasty (c.1550–1295 BC).

At the entrance to the temple stands the monumental pylon built by Ramses II, which has a front of 65 meters long. In it is sculpted bas-reliefs that tell the military campaign of Ramses II against the Hittites and is engraved the famous Poem of Pentaur, which celebrates the warrior exploits of the pharaoh. Surrounding the entrance, two statues, made of red granite 15.50 meters high on a 1-meter pedestal, represent the Pharaoh sitting on his throne, Once this triumphal entrance is crossed, one arrives at the great Court of Rameses II decorated with a double row of columns with papyriform capitals, with statues of Osiris in the intercolumns. The court also raises the small temple of Thutmose III composed of 3 chapels dedicated to the triad of Amun, Mut, and Khonsu. An imposing colonnade of 25 meters introduces us then in the court of Amenophis III, surrounded on three sides by a double row of papyriform columns. The exterior of the temple also has interesting aspects, with its walls provided with numerous side chapels whose walls are adorned with scenes of religious ceremonies and, here too, with scenes of the battle against the Syriac-Haitite coalition.