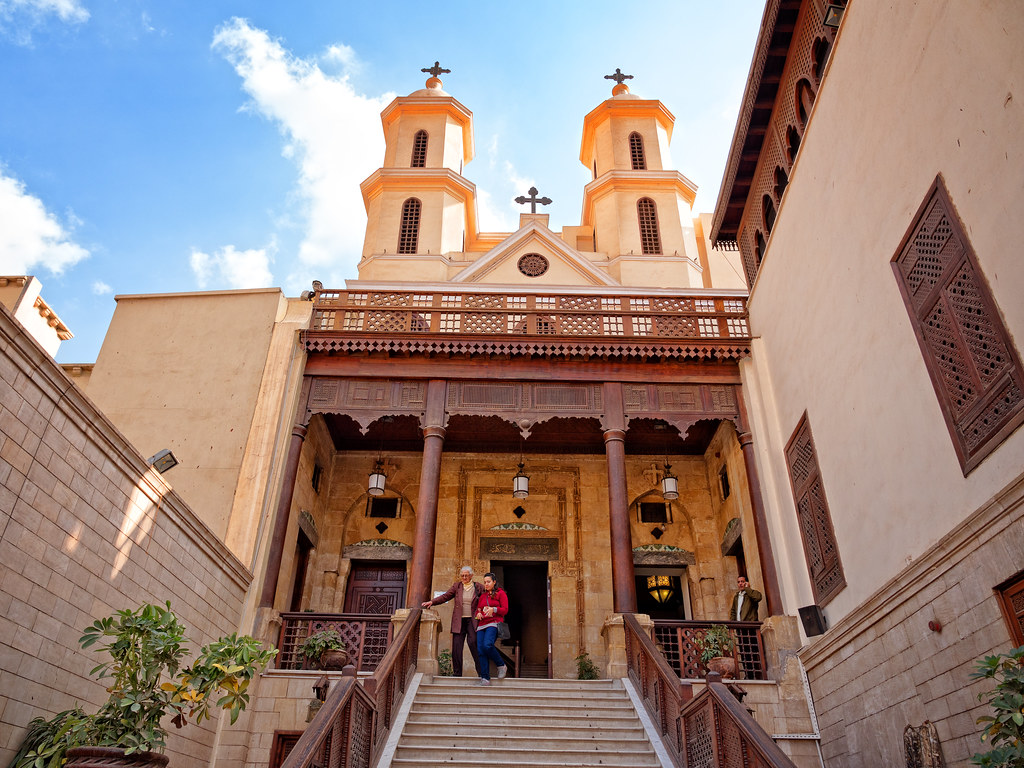 Explore with Magic life tours the most famous Coptic Christian church in Cairo , The hanging church, which was built in the 9th century to 'hang' high upon the walls of baylon, it is called the hanging church because it was built on the southern gate of the roman fortress, logs of palm trees and layers of stones were constructed above the ruins of the roman fortress to be used as a fundament.

The Hanging Church is named for its location because it was built on two towers of the ancient Roman fort (the Babylon Fortress), which was built by Emperor Trajan in the second century ad, and the hanging is the oldest surviving churches in Egypt. The church facade is located in the western district on Mary gergis Street, Consists of two floors. It is rectangular and a little bit small, about 23.5 meters long, 18.5 meters wide and 9.5 meters high. It consists of a main nave and two small wings, with eight pillars on each side, between the nave and the northern wing, a row of three columns with large contracts with a pointed shape, and the columns separating the wings are marble except one of the black basalt. On the eastern side of the church there are three structures: The middle is named the Virgin Mary, the right in the name of Saint John the Baptist, and the left in the name of Saint George .

Make a day tour with Magic life tours and visit The hanging church which is located in the old quarter of Egypt, in the important archeological area of Cairo, close to the Mosque of Amr Bin Al-Aas and the synagogue of Ben Ezra. The church dates from the 9th century, but the site is thought to have first been occupied by the church as early as the 3rd century AD, making it one of the oldest Christian religious site in Egypt.