The Mosque of al-Azhar 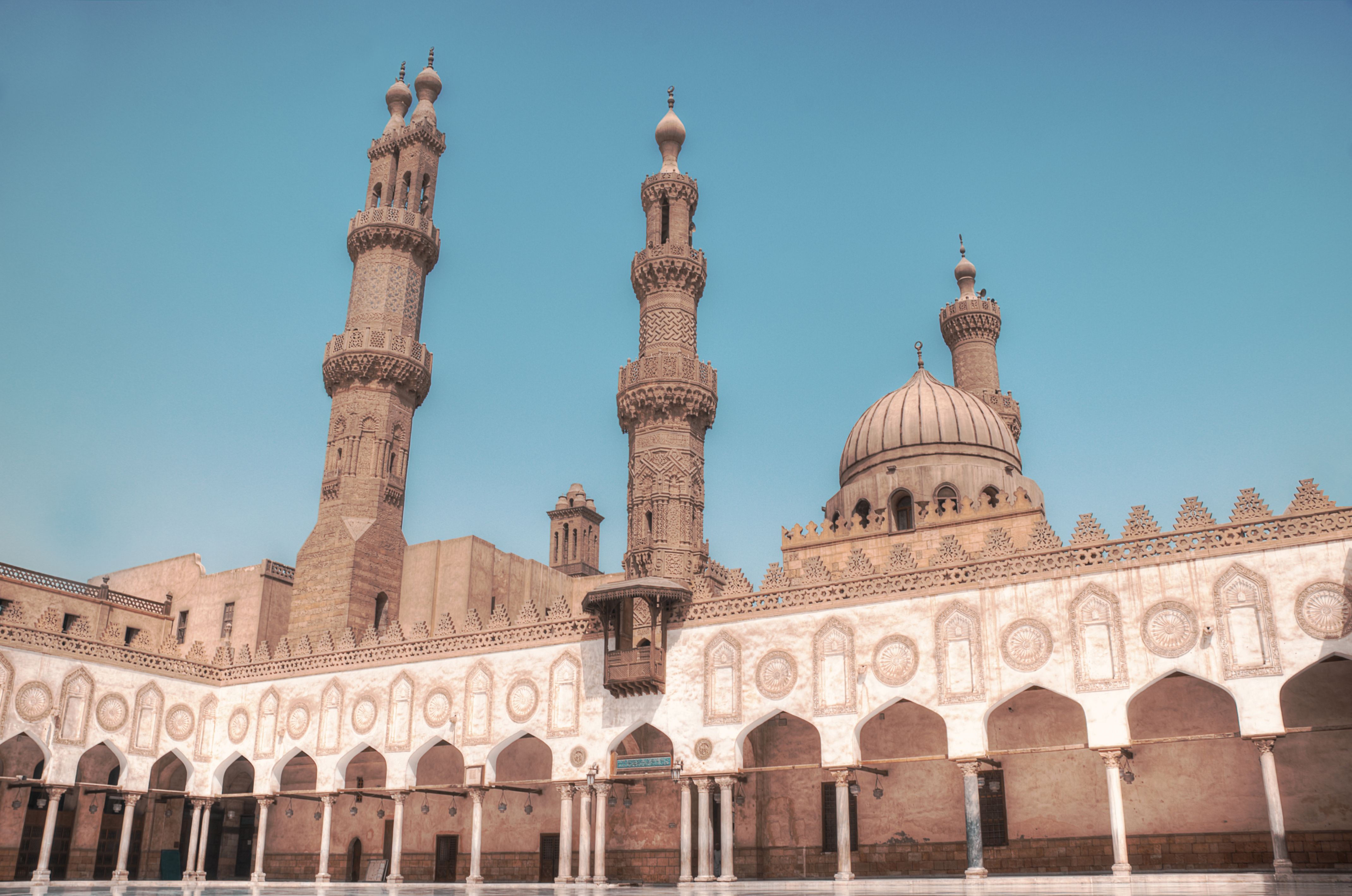 The Mosque of al-Azhar was founded by Jawhar al-Siqilly, the Fatimid conqueror of Egypt, in 970 as the congregational mosque for the new city of al-Qahira. The first khutba was delivered from its minbar in 972 and a university was established there in 988. Travel to Egypt and Visit Al-Azhar Mosque because it deserves to be seen.

Architecturally, the mosque is a palimpsest of all styles and influences that have passed through Egypt, with a large part of it having been renovated by Abdarrahman Khesheda. There are five very fine minarets with small balconies and intricately carved columns. It has six entrances, with the main entrance being the 18th Century Bab el-Muzayini (barber's gate), where students were once shaved. This gate leads into a small courtyard and then into the Aqbaughawiya Medersa to the left, which was built in 1340 and serves as a library. On the right is the Taybarsiya Medersa built in 1310 which has a very fine mihrab. The Qaitbay Entrance was built in 1469 and has a minaret built atop. Inside is a large courtyard that is 275 by 112 feet which is surrounded with porticos supported by over three hundred marble columns of ancient origin. To the east is the prayer hall which is larger than the courtyard and has several rows of column. While there are hundreds of old mosques to visit in Cairo, there is none that can compete with Al-Azhar Mosque in standing and importance to the history of Islam, so you can visit The Mosque of al-Azhar with Magic life tours. Al-Azhar Mosque (the most blooming) Located in El Hussein Square, established in 972 in a porticoed style shortly after the founding of Cairo itself, was originally designed by the Fatimid general Jawhar El-Sequili (Gawhara Qunqubay, Gawhar al-Sakkaly) and built on the orders of Caliph Muezz Li-Din Allah.