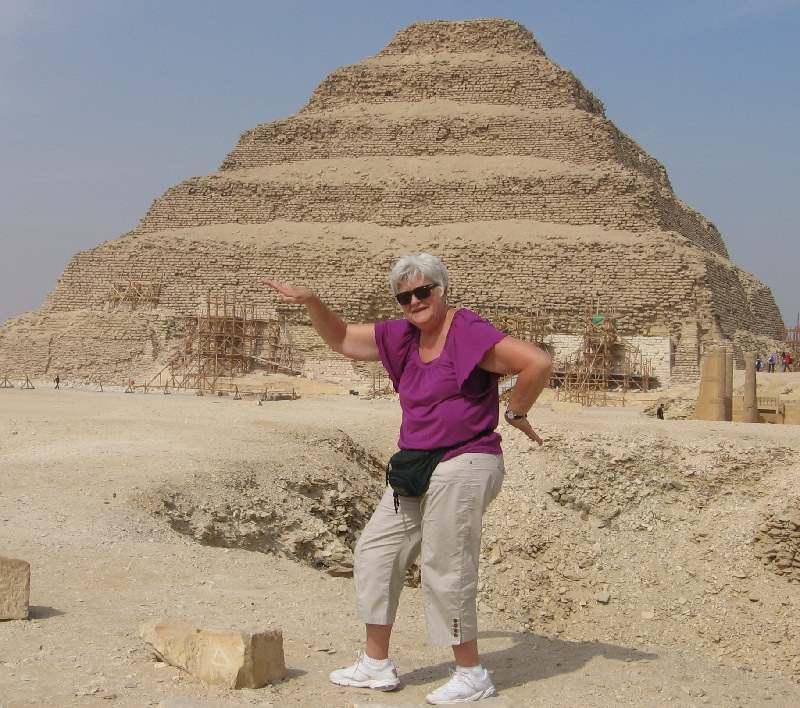 Saqqara or Sakkara is a vast, ancient burial ground in Egypt, Saqqara is one of several other notable necropolis sites near Cairo that offer impressive sights and hold great archaeological significance, Saqqara contains numerous pyramids, including the world-famous Step pyramid of Djoser and you can visit it with Magic Life Tours, sometimes referred to as the Step Tomb, and a number of mastaba tombs, It is located some 30 km south of modern-day Cairo and covers an area of around 7 km by 1.5 km. The most famous structure by far at Saqqara is Djoser’s Step Pyramid. The step pyramid at Saqqara was designed by Imhotep for King Djoser (c.2667-2648 BC), it was the first all-stone complex ever built on earth. It also displays an important architectural innovation for the construction of the Giza Pyramids and other later pyramids in the 4th dynasty and later.

Djoser’s pyramid was the first to use multiple mastabas (rectangular tomb structures) stacked on top of one another to form a step pyramid, As its name suggests, it is a series of six levels of stone decreasing in size as they ascend to about 200 feet/60 meters in height. This construction set the stage for the smooth sides of the Giza Pyramids and the smaller 5th and 6th dynasty pyramids that are found at Saqqara and other sites nearby, such as Dahshur and Abu Sir. You can Visit Saqqara Step Pyramid by choosing one of Cairo tours of Magic Life Tours. Scattered around the area of Djoser’s Step Pyramid are more than ten other pyramids and a large number of tombs and burial temples from throughout the Pharaonic and Greek Periods, which are in different states of repair The entire site of the Saqqara Necropolis is one of the largest burial sites in all of Egypt, certainly worth a visit to anyone interested in the history of the pyramids.