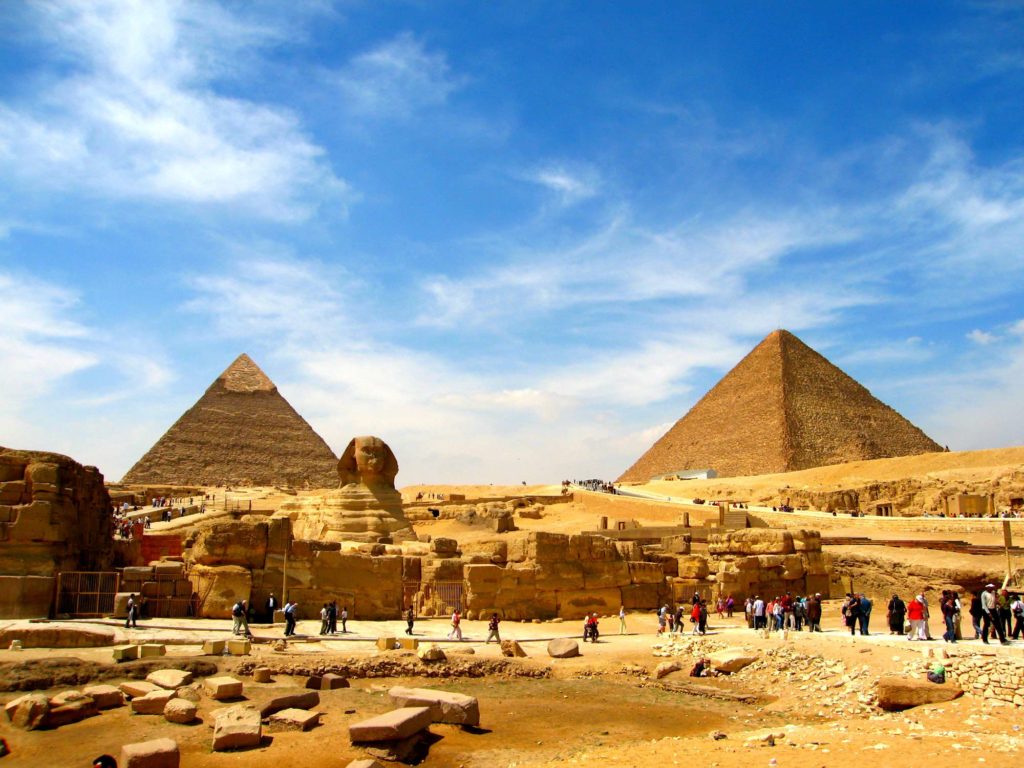 Giza pyramids complex is waiting for you to discover it with magic life tours , you can make the most beautiful trip of your life to the Giza Pyramids Complex which consists of the three major pyramids ( cheops, Chephren and Menkaure) , the sphinx, the valley temple , the solar boat museum and a lot of necropolis .

In ancient times they were included among the seven wonders of the world , there you can live the best experience by seeing the pyramid of cheops , the largest of the three , it was about 146m high for a 230m side , the pyramid of Chephren  who was a son of King Khufu "Cheops", is just 15 m (50 ft) shorter than the Great Pyramid, while in height there is a difference of only 3 m 10 ft and the pyramid of Menkaure , is the smallest of the three, rising to a height of 65 meters 213 feet. You can make an excursions there with Magic Life Tours and take the most beautiful pictures. With Magic Life Tours you can visit The Great Sphinx of Giza at lowest possible cost and best service , the Great Sphinx is one of the world’s largest monuments, sphinx is a colossal statue with the body of a lion and the head of a human and In ancient Egypt, the sphinx was a spiritual guardian. The Valley Temple of Chephren was part of the funerary complex , the Valley Temple was built of huge blocks of stone, that were lined with finer blocks , and had two entrances, probably symbolizing the duality of Upper and Lower Egypt. You can make a wonderful tour with Magic Life Tours and visit the solar boat museum that It is situated to the south of the Great pyramid and dedicated to display the reconstructed Khufu solar ship ..