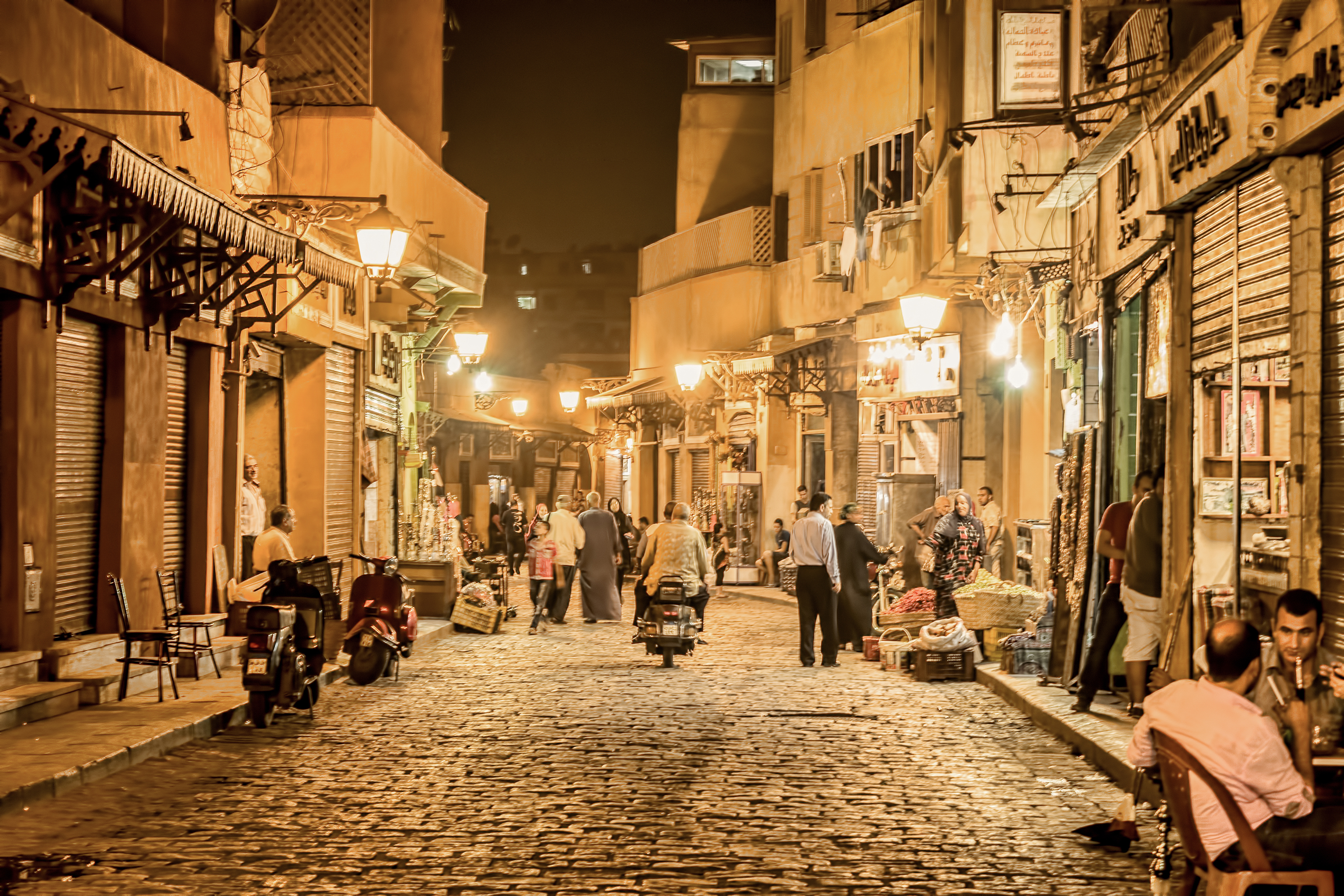 El-Moez street is an outstanding street that was known in Islamic Cairo as Al Moez Ldin Allah Al Fatimi Street, El Moez Street is found in an area of Cairo known officially as Historic Cairo, but we locals refer to it as Old Cairo, Al Mo'ez Street takes its name from the first Fatimid caliph in Egypt, was built as the main road of the great Fatimid city, and while much of it was destroyed following the reconquest of the Sunni caliphate, Street of El Mo'ez managed to preserve its importance throughout history. You can make a trip with Magic Life Tours and Walk along El-Moez Street and you will be fascinated by the historic atmosphere of the old cafés, souvenir shops, and food and sweets sold from kiosks and carts. You will also find Islamic art carved into the historic mosques and houses. El Moez Street it is one of the most historical streets that you can patiently explore during the Islamic Cairo tour if you plan any tours to Egypt with Magic Life Tours, when you visit al Moez Street you can discover the Islamic civilization. Al-Muizz street runs from the city gate of Bab al-Futuh in the north to the gate of Bab Zuweila in the south, both entrances in the stone walls built by the vizier Badr al-Jamali in the 11th century, Moez Street today is a mix of medieval mosques and buildings alongside modern vendors and shops in an Old Cairo neighborhood called Gamaleya, and the street is adjacent to the world-famous bazaar Khan el Khalili.

The second largest mosque in Cairo, it was started by the Al Aziz Billah, son of the famous Khalifa Al Moez Lideen Allah Al Fatimy in 990 and was completed by El Hakem bi-Amr Allah, it was used as a prison for Latin Crusaders, a fortress for Napoleon and a school before returning to its original function as a mosque.

The Darb Al-Asfar (the Yellow Way) where Bayt Al-Suhaymi is located, only meters off of Al-Muizz Street, Bayt Al-Suhaymi, built in the 17th century, was one of the grandest homes in Cairo, Once you enter the doorway, there are many small rooms with huge wooden doors. These used to be for servants. One of the rooms to the left side has a particularly fascinating mashrabeya screen with small windows in it to enable the people inside the room to view the street outside, this house is now a beautiful example of medieval Cairo’s finest non-monumental architecture. Al Aqmar Mosque is one of the impressive and oldest buildings of old Islamic Cairo down El Moez Street, It is considered by many as the most beautiful Fatimid mosque and the oldest of the remaining examples of these small mosques in Egypt. Al-Aqmar Mosque, or the Moonlight Mosque, has several unique architectural features. It was the first mosque in Cairo to use an offset façade—allowing the facade to remain square to the street front, while the rest of the building sits at an angle, aligning with the qibla, the direction of prayer toward Mecca. This religious complex was built by the Mamluk Sultan Al Zaher Barquq, a religious school dedicated to the four Islamic schools of thought. It’s adjacent to the madrassa of Al Nassir Mohamed, an earlier sultan. These two structures are thought to be some of the greatest Mamluk architecture in Cairo, alongside the Qalawun Complex below. El Ghoureya is a funerary complex for the second-to-last Mamluk sultan, The Ghouriyya Complex is just south of Al-Azhar Street at the beginning the southern section of Al-Muizz Street that leads to Bab Zuweila, The complex was a built as a unique, multi-use space. It included the mosque and the mausoleum, but also a sabil that provided free water to the people, administrative space, and a covered market among other things.

The funerary complex of Sultan Al-Mansour Qalawun was built over the ruins of one of the two original but no longer standing Fatimid palaces of Moez Street, The complex displays the typical Mamluks architecture at that time. The exterior windows of the entire complex are inspired from Gothic style, which Sultan Qalawun was familiar with from the Crusader's churches style of architecture ost beautiful mausoleum in the world.